What We Can Learn From Taylor Swift’s Birth Chart 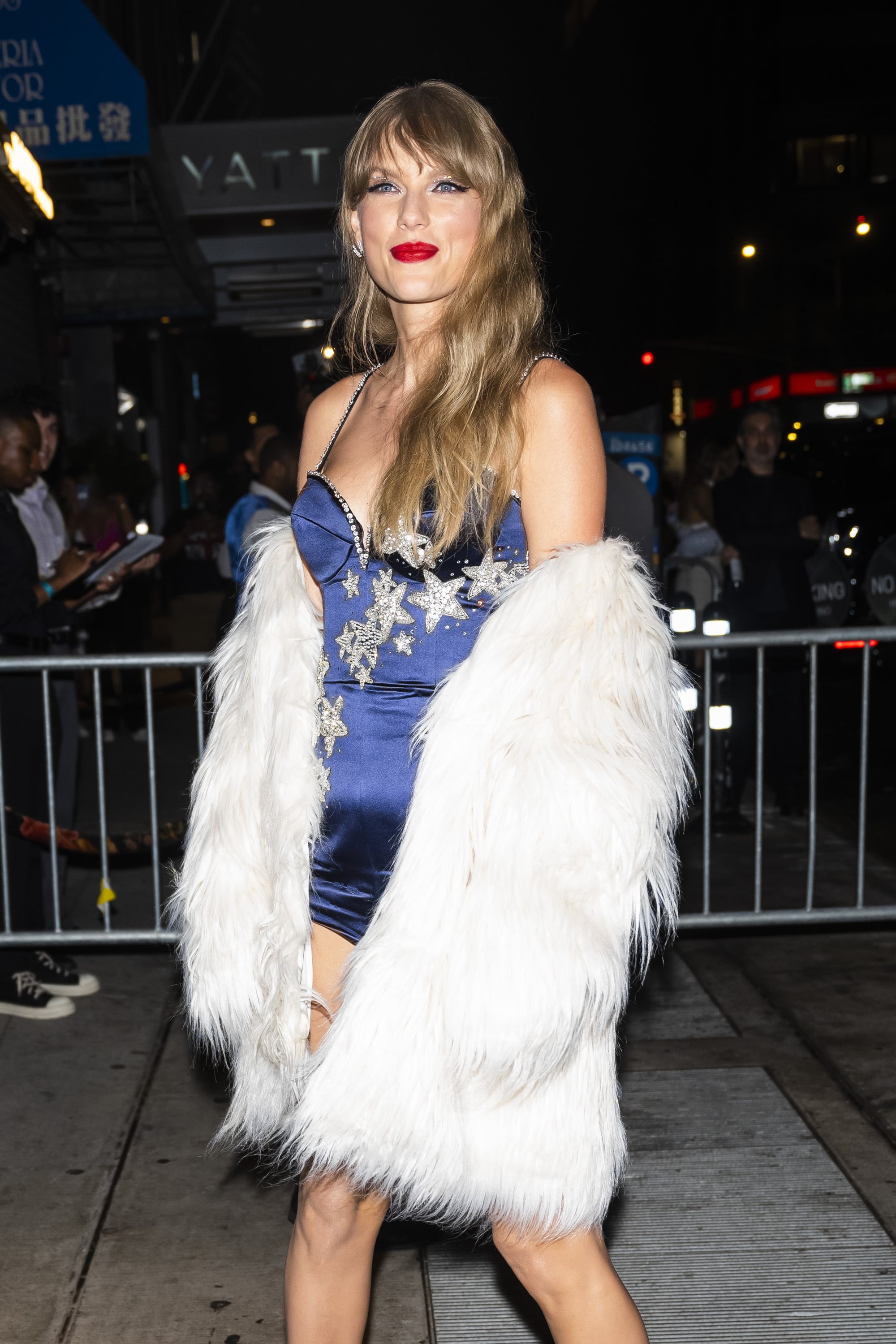 Taylor Swift mania has only grown since the singer confirmed the upcoming release of her latest new album, “Midnights.” Though the album won’t be released until mid-October, Swift has already been teasing fans with track titles since announcing “Midnights” during the 2022 VMAs in August, where she won video of the year. With the “Cardigan” singer stirring up buzzworthy headlines (Who could never forget her TikTok debut?!), it’s clear that the Sagittarius has been busy lately, and there doesn’t seem to be an end in sight.

The Swiftian renaissance we’re witnessing might seem like a stroke of good fortune, but Swift’s success is hardly luck at all, and is owed to her diligent persistence, ambition, and dedication to her craft. We get a behind-the-scenes glimpse at this in the singer’s raw documentary “Miss Americana.” But if you’re the kind of person who looks to the stars for intuitive insight, then you might have wondered what the cosmos have to say about this fiery Sagittarius. POPSUGAR spoke with pop culture astrologer Kyle Thomas to take a closer look at Swift’s birth chart.

Unfortunately, we don’t know Swift’s true rising sign since there are many conflicting reports online, but we still have a lot to go off of since other astrological placements are just as important. Swift’s sun sign is a Sagittarius, which is the most visible and obvious part of our chart. “Sagittarius is a fire sign and ties to her innate ego and personality,” Thomas told POPSUGAR. “This means she is an eternal sojourner, craving passion, new experiences, spontaneity, and everything that life has to offer her.” If you aren’t shocked by this, it’s probably because Swift has the kind of bold tenacity that only a true Sagittarius sun could have. She’s honest, direct, and unapologetic about everything from her burning-red love to her bad blood.

“Her chart implies she has innate creativity and a rebellious edge that allows her to go after what she wants — even if other people don’t agree,” Thomas said. “Reputation” is a prime example of that gutsy edge. The album addresses the backlash she received after the highly-publicized drama involving Kim Kardashian and Kanye West. Instead of sulking, Swift reclaimed the narrative with a sense of Sagittarius optimism, belting the lyrics, “I rose up from the dead / I do it all the time.” For its boldness, “Reputation” might be her most true-to-form Sagittarius album to date.

In astrology, our moon sign represents more private parts of ourselves including our emotional reactions and how we deal with our moods. It represents the true state of our being and is the layer underneath our sun sign. Swift’s moon sign is in Cancer, which you can probably recognize when you’re listening to some of her slower, wistful ballads like “White Horse” and “All Too Well.” “Having her moon sign in Cancer means she has a deeply sensitive heart and takes things incredibly personally,” Thomas said.

When it comes to emotions, Cancers are deeply in tune. Cancers are nurturers who are ruled by the moon itself, so when someone disappoints them, they can’t help but feel it to the depths of their core. “She invests greatly in her relationships and has a high level of intuition and empathy,” Thomas said. “It also takes her quite some time to move on, and she has a strong protective and nurturing side to her.”

Birth charts are more than simply our sun, moon, and rising signs. They are made up of a number of personal planets that govern different areas of our personality. Namely, our Mercury, Venus, and Mars signs.

Mercury governs our intellect and how we express ourselves through communication. Swift’s Mercury is in the pragmatic earth sign Capricorn, and you can see this most present in her writing style and songwriting process. “When it comes to her communication style, Swift prefers structure, logic, and rhythm,” Thomas said. “She likes to be productive in her communications and methodical in what she applies herself to.” If you follow along with her writing process, you can see how organized and systematic it is.

“Her Capricorn Mercury means that Swift can be a bit judgmental and critical, too, especially when she feels she has crystal-clear thoughts of her own and others disagree,” Thomas added. Though she’s a deep feeler, when it comes to expressing herself, her Capricorn placement helps her to be more analytic and logical, which explains how she’s able to translate her emotions so well into music.

Our Venus sign shows up in matters of romance, aesthetics, and how we express and receive love. Swift’s Venus sign is in the free-spirited sign of Aquarius. “To her, freedom is a love language, and she needs that to be expressed in her relationships,” Thomas explained. Aquarians are excited by the idea of intellectual conversations, but they don’t like to be confined or tied down. They love to feel independent, which is why they get the reputation for being emotionally detached.

“Her friendships are extremely important to her, and she values people who are quirky, rebellious, free-spirited, and creative,” Thomas said. Because Aquas are a fixed air sign, they like a sense of stability in their relationships, which may explain why Swift’s friendships (like her longtime friendship with Selena Gomez) are so long-lasting.

When it comes to our power, sex drive, and passion, our Mars sign has a lot to tell. For Swift, her Mars sign is in the sensual and deep-feeling sign of Scorpio. “Mars is a co-ruler and traditional ruler of Scorpio, meaning that she can exhibit her passion and aggression in precise and strategic ways,” Thomas said. Scorpios, while sensitive and mysterious, are an extremely powerful force, and they will put their poison-filled stinger to good use if needed. “Her Mars in Scorpio means Swift knows how to strike for power moves instinctually and is all-or-nothing when it comes to getting who — or what — she wants,” Thomas said.

Tenacity? Check. Ability to stand her ground in feuds? Check. Swift’s music has shown the world what an inquisitive, witty, and valiant force she is, and her birth chart has proven that she truly is fearless.