Some of Queen Elizabeth II’s youngest family members were a special part of her state funeral in London on Sept. 19. Prince George and Princess Charlotte, the oldest two children of Prince William and Kate Middleton, were part of the late Queen’s funeral processional in Westminster Abbey.

The siblings, ages 7 and 9, respectively, entered the service with their parents. Joining them in the procession were their aunt and uncle, Prince Harry and Meghan Markle. Prince Louis, who is only 4, was not part of the funeral service. But earlier comments from his mom make it clear that the little royal is feeling the loss of his gan-gan. 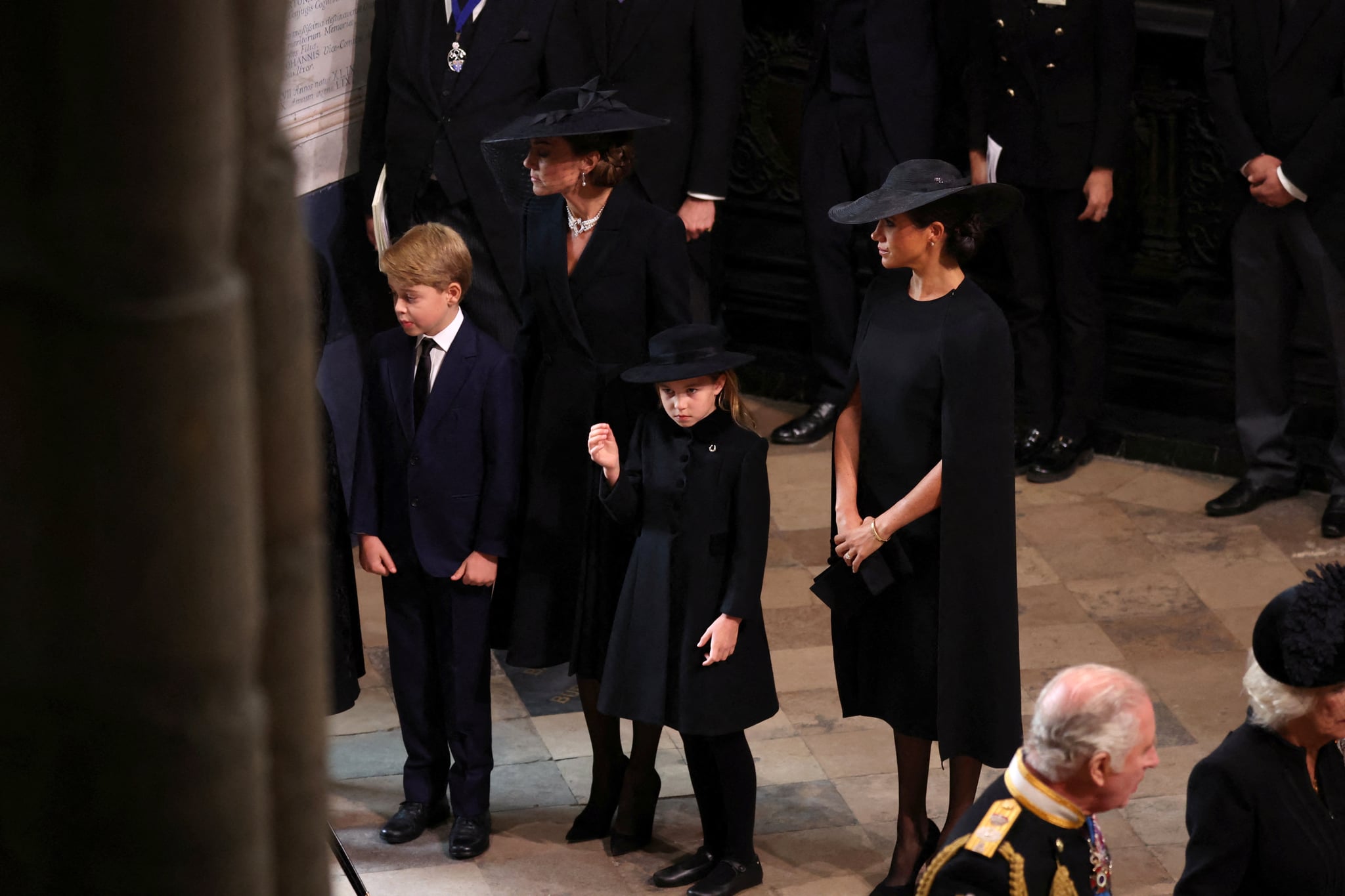 In video footage captured on Sept. 10 and shared on TikTok from when Kate and William greeted mourners, the former told well-wishers, “My little Louis, he’s so sweet. He said: ‘Mommy, don’t worry because she’s now with great-grandpa.'”

The queen is being honored for her seven decades of duty, and until the funeral, her casket had been lying in state in Westminster Hall for members of the public to pay their respects. She will be buried at Windsor Castle.