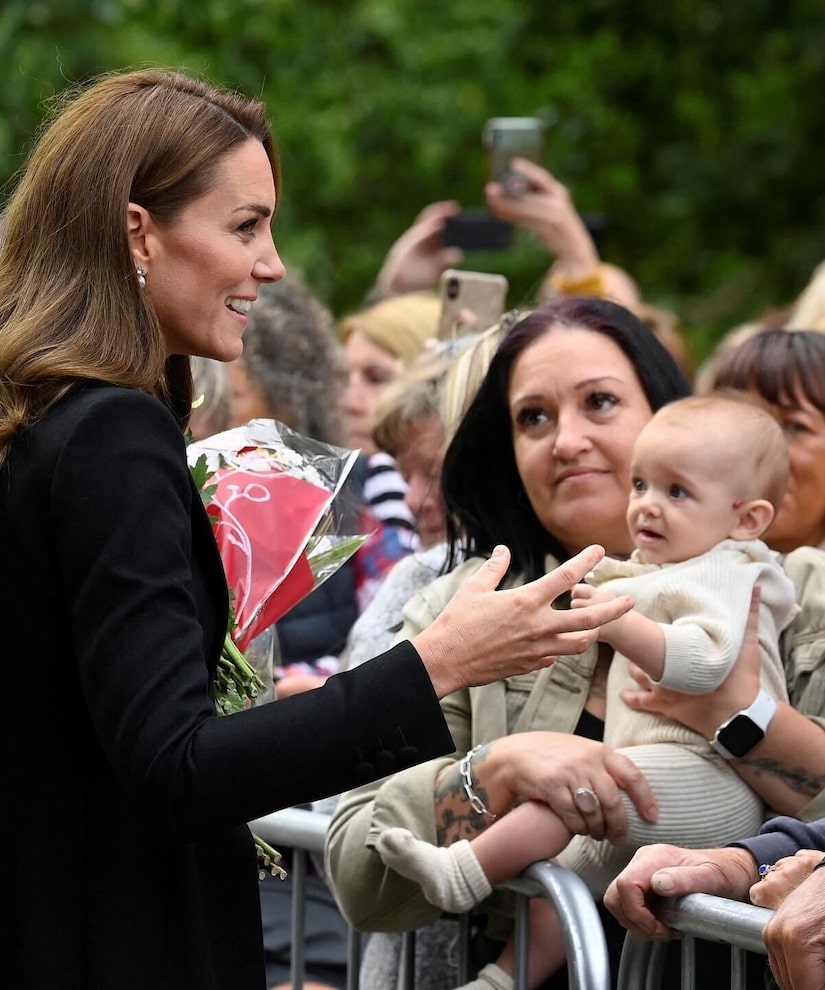 Prince William and Kate Middleton are meeting with mourners during their first solo outing since Queen Elizabeth II’s death.

The new Prince and Princess of Wales were photographed outside the Queen’s beloved country home, Sandringham House. Together, they toured the many mementos left in honor of the Queen, including a reported 30,000 bouquets. 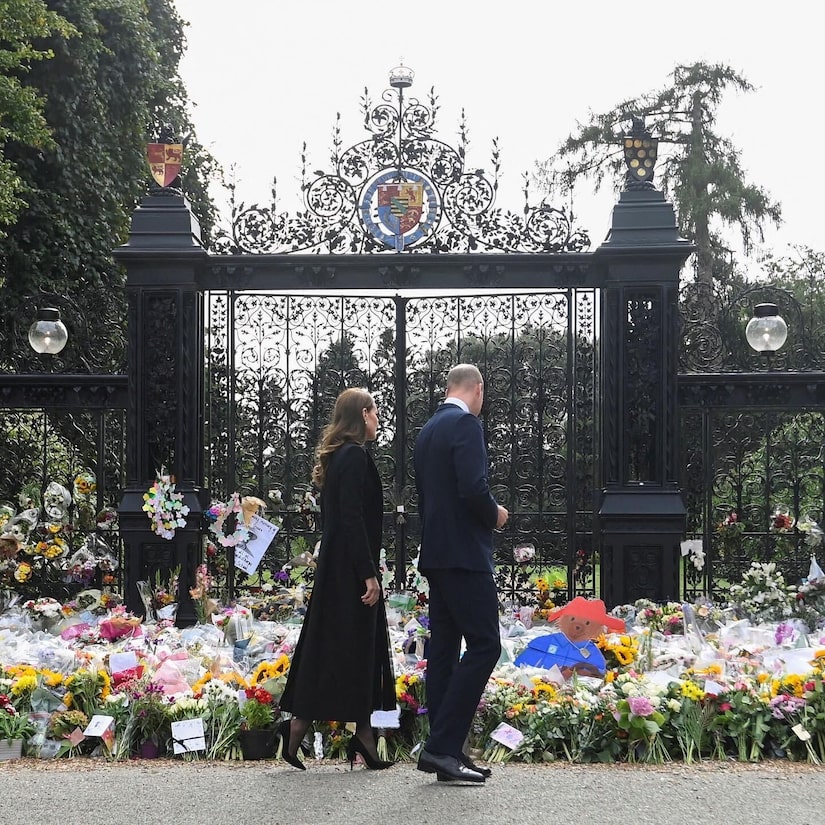 According to People, William and Kate spent nearly an hour speaking with mourners outside the gates.

Bex Neeve, 44, was among those who spoke with the couple, telling the magazine, “William said he thinks Monday will be hard. Kate said it’s been overwhelming and she and William are very grateful for everyone being here. She was emotional. They seemed like they were here to soak up all the love.”

Her mother Sharon Clouting, 64, added, “You can tell William is his mother’s son. He was chatting so easily and very sincere.”

Another mourner, Sarah Tomlinson, 51, said she was there with a friend and her friend’s baby, who happened to be “the first jubilee baby to be born in Kings Lynn and named after Prince Louis.” 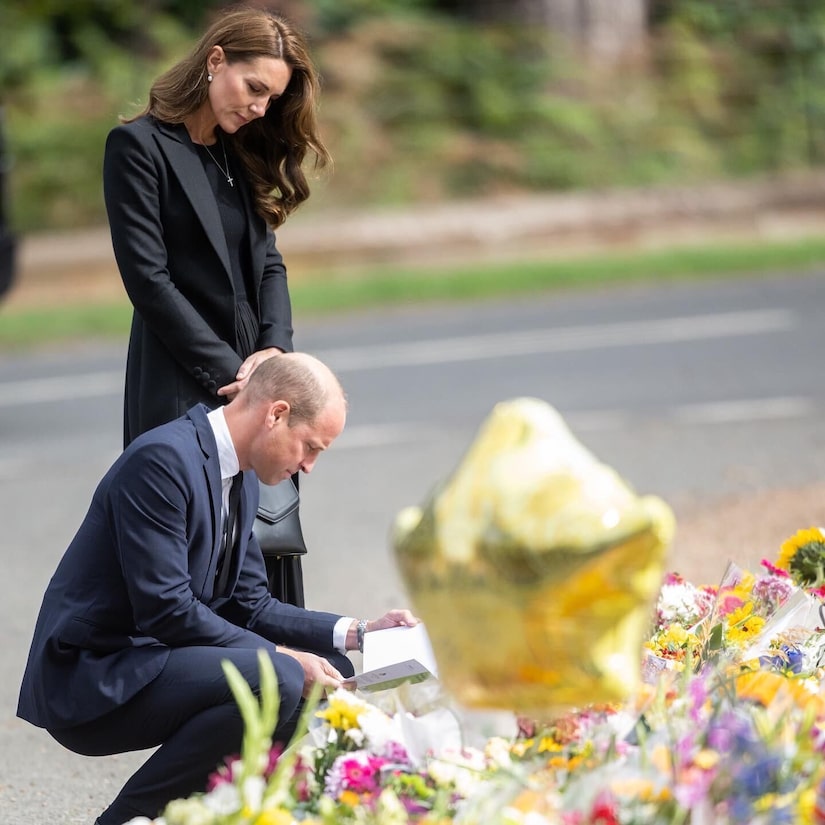 Tomlinson said the couple asked if the baby was sleeping through the night and that William joked that “Paddington Bear has taken over from the corgis as being part of the royal family,” after the Queen’s Platinum Jubilee sketch with the beloved children’s character.

“I can’t believe how together they are — they seem to be supporting us rather than us supporting them,” Tomlinson said.

Lydia Bailey, was also there, revealing Kate talked about her three children — Prince George, 9, Princess Charlotte, 7, Prince Louis, 4 — starting a new school. “Kate said the children have settled in nicely with their new school and have new friends.” 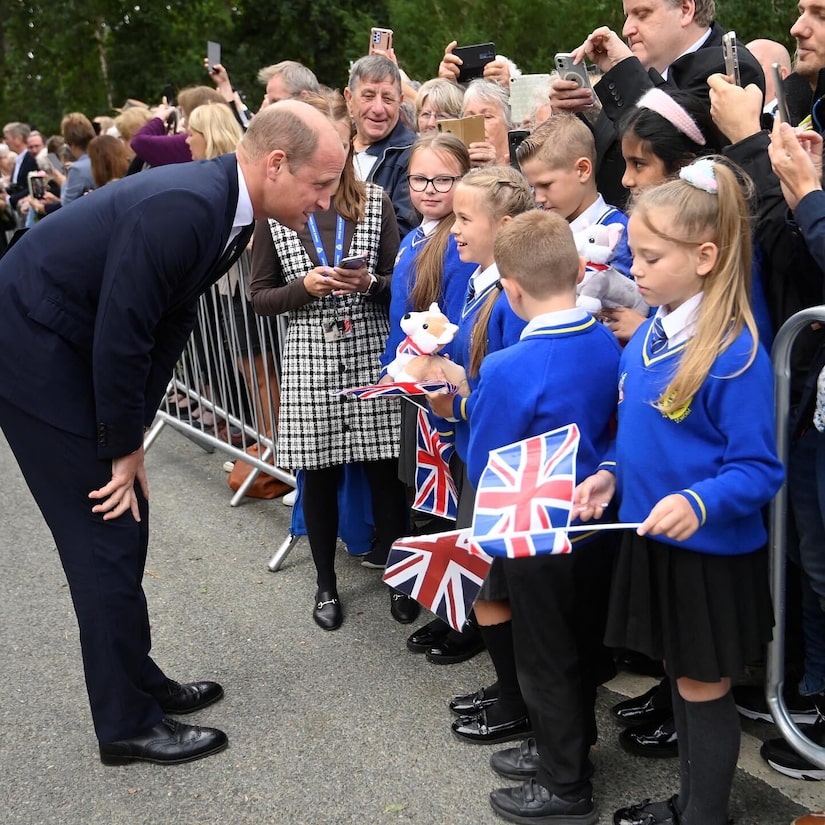 Yesterday, the royal family participated in a procession through London as the Queen’s casket was moved from Buckingham Palace to Westminster Hall.

Despite a royal rift, Prince William and Prince Harry did walk side by side during the public event.

Their wives also paid tribute to the queen by wearing jewelry in her honor.

Kate wore the Queen’s pearl shamrock brooch from the monarch’s trip to South Korea in 1999. Middleton pinned the accessory to her all-black ensemble. 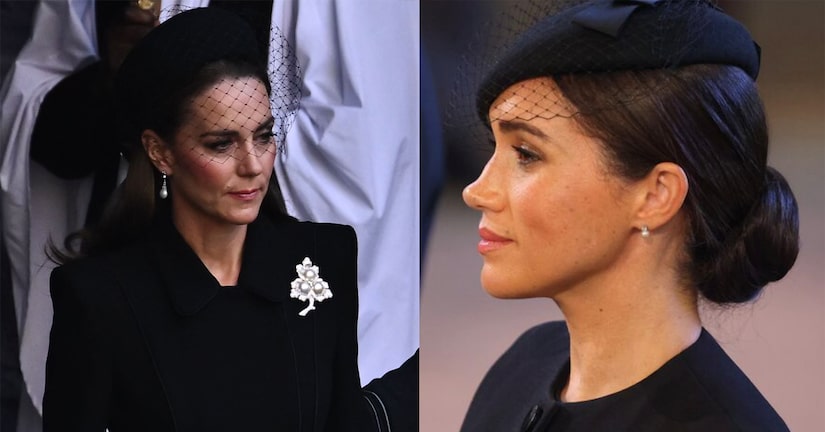 People reports that Kate and Meghan both became emotional during the service at Westminster Hall, which included a blessing by Archbishop of Canterbury Justin Welby.

The Queen will lie in state at Westminster Hall until Monday’s funeral. On the morning of the funeral, the coffin will be taken to Westminster Abbey in a procession that starts at 10:44 a.m. local time.

Queen Elizabeth II died last week at the age of 96 at Balmoral Castle in Scotland.