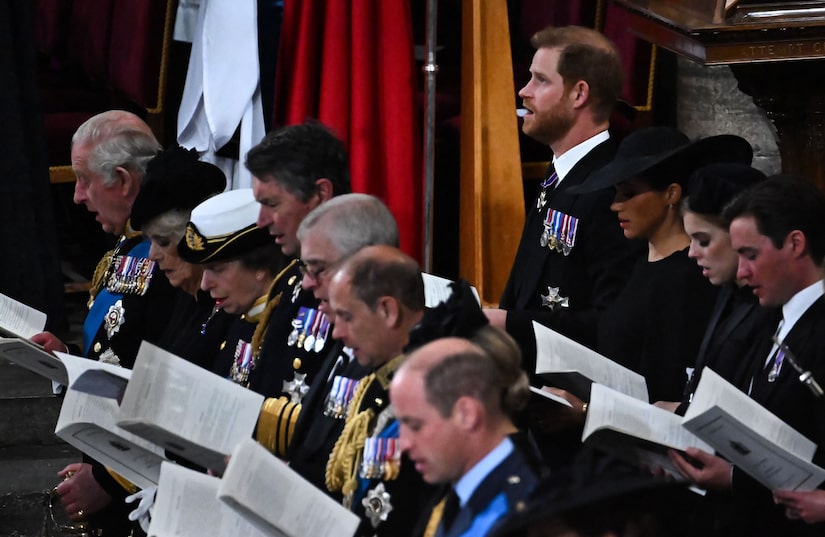 The royal rift between Prince Harry and his family appears to be ongoing, as he notably sat apart from his immediate family at his grandmother Queen Elizabeth II’s funeral today.

Leading up to the service, Harry walked side by side with Prince William in a united front as they followed the Queen’s casket in a somber procession from Westminster Hall to Westminster Abbey.

After the procession, the royals took their seats inside, where royal watchers may have been surprised to see Harry and wife Meghan Markle in the second row, behind King Charles III and Queen Consort Camilla.

Adding to the snub, Princess Anne’s children Peter Phillips and Zara Tindall, along with Zara’s husband Mike Tindall, were all seated in the front row. None of them are current of even former working royals.

Disgraced Prince Andrew, who is no longer a senior royal, was also seated in the front row.

Harry and Meghan were seated in the second row alongside Princess Beatrice and her husband Edoardo Mapelli Mozzi.

In front of Harry and Meghan, on one side of the aisle, were Charles, Camilla, Andrew, Anne, her husband Sir Tim Laurence, Prince Edward, and his wife Sophie, Countess of Wessex. 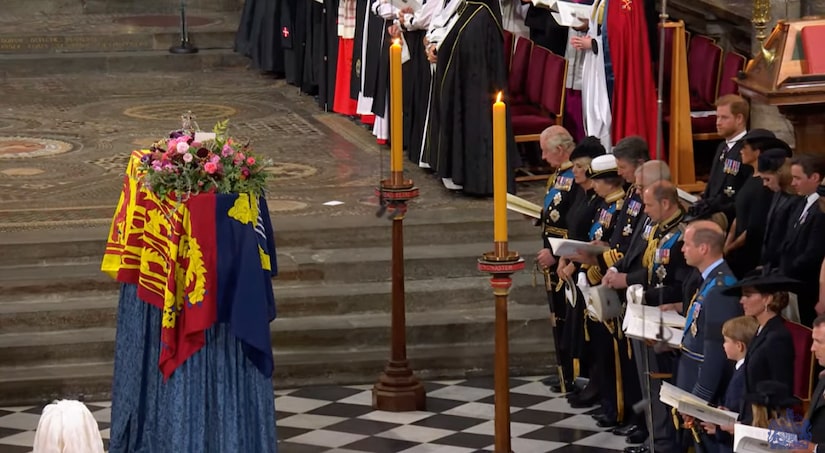 Across the aisle, in the front row were Prince William, Kate Middleton, Prince George, Princess Charlotte, Peter, Zara and Mike. Harry could be seen looking over toward William multiple times.

Prince Louis was deemed too young for the event. 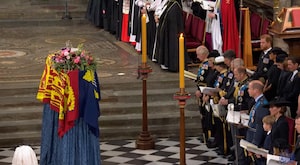 The seating chart slight comes after reports Harry and Meghan were uninvited to a state reception hosted by King Charles III the night before the funeral. Page Six sources say the couple found out they were no longer on the guest list — which included many world leaders — only through the press.

A spokesperson for King Charles also told the paper that “the invite is for working members of the royal family only.”

Leading up to the funeral, it was also announced Harry would not be allowed to wear his military uniform to the funeral. Despite 10 years of service, he was stripped of his military titles when he stepped down as a senior royal. The King did, however, allow him to the wear the uniform to a vigil over the weekend.

Prince Harry and the family have been at odds ever since he and Meghan spoke out in an interview with Oprah Winfrey following their exit from their official royal duties.