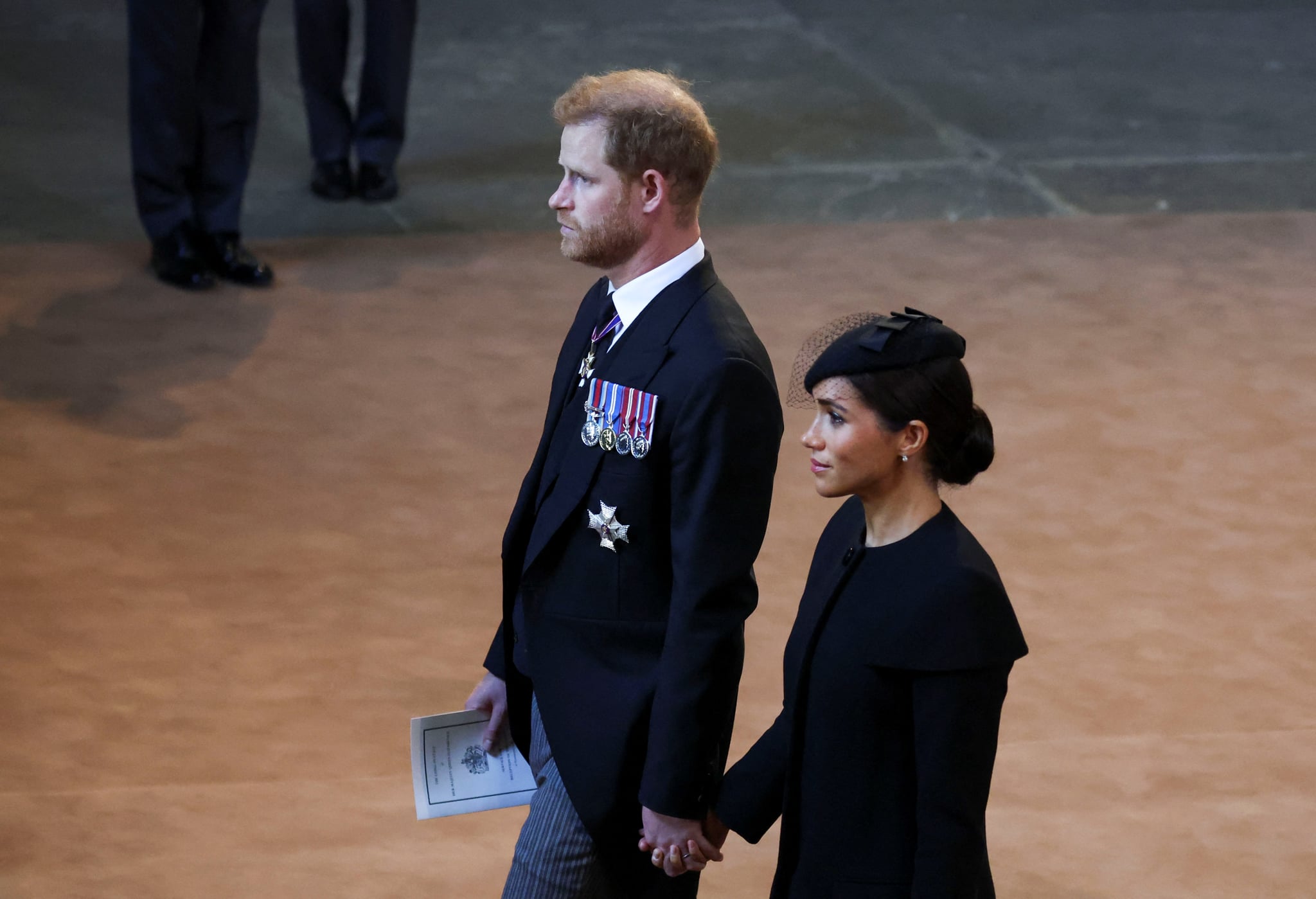 Prince Harry and Meghan Markle are not invited to an upcoming Buckingham Palace reception for world leaders, People reported on Sept. 17. The Sunday reception, hosted by King Charles III and Queen Camilla, will honor world leaders traveling to London for Queen Elizabeth II’s funeral. Per the outlet, Harry and Markle were initially invited to the event, which the palace has since clarified is only “for working members of the royal family.” Newsweek reported that their initial invite was a “genuine error.”

The update comes days after the palace changed its mind on another issue involving royal custom: whether Harry would be allowed to wear his military uniform at official events. Initially, a representative for Prince Harry shared that the Duke of Sussex would not be permitted to wear his uniform at ceremonies honoring the late queen, but on Sept. 15, royal officials had decided to permit him to wear it to her final vigil. Meanwhile, in the wake of the queen’s death and in line with royal custom, Harry and Markle’s son, Archie, and daughter, Lilibet, inherited the royal titles of prince and princess.

Harry first rushed to the queen’s side on Sept. 8 in light of reports of her ill health, and she died at Balmoral later that day. Harry and Markle were later seen walking with Prince William and Kate Middleton at Windsor Castle on Sept. 10.

In a statement shared on the Archewell website, Harry mourned his grandmother, writing, “Granny, while this final parting brings us great sadness, I am forever grateful for all of our first meetings—from my earliest childhood memories with you, to meeting you for the first time as my Commander-in-Chief, to the first moment you met my darling wife and hugged your beloved great-grandchildren. I cherish these times shared with you, and the many other special moments in between. You are already sorely missed, not just by us, but by the world over. And as it comes to first meetings, we now honour my father in his new role as King Charles III.”

Since the queen died at Balmoral at the age of 96, tributes and reflections on the palace’s complex legacy have poured in from around the UK and across the world. On Sept. 16, thousands of mourners gathered at Buckingham Palace, including David Beckham, who queued for more than 12 hours while waiting to pay his respects. The queen’s funeral will take place on Monday, Sept. 19, at Westminster Abbey.