The star, who took home her first Emmy last night, posed with Zendaya, Sheryl Lee Ralph, Quinta Brunson, Jennifer Coolidge, Michael Keaton, Lorne Michaels and Pete Davidson, not to mention some group photos with “Only Murders in the Building” stars Steve Martin and Martin Short, plus another with funnymen Seth Rogen, John Oliver and Trevor Noah! 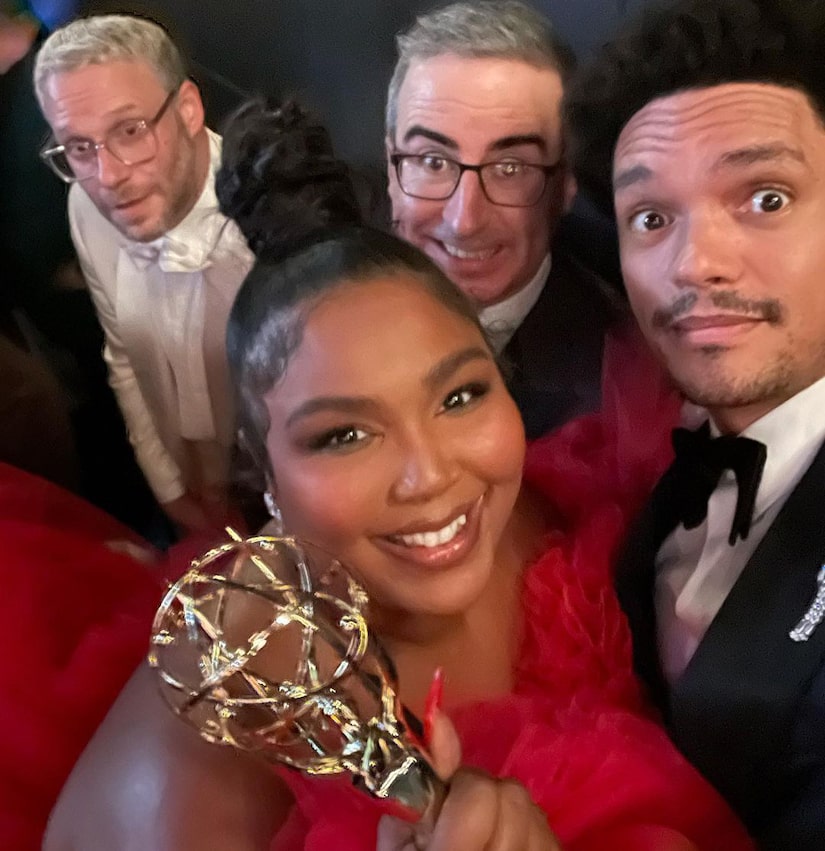 She wrote in the caption, “It’s selfie time :)”

The singer’s show “Lizzo’s Watch Out for the Big Grrrls” won Outstanding Competition Program, and she became emotional when she accepted the award during the ceremony. 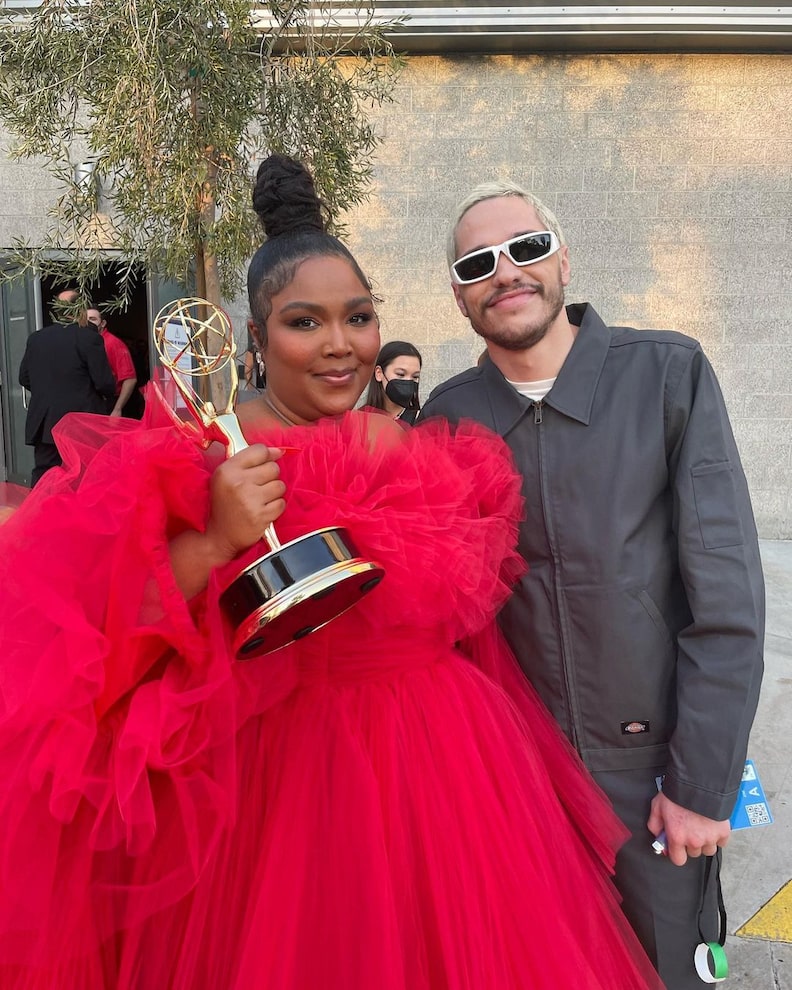 Lizzo told the crowd, “When I was a little girl, all I wanted to see was me in the media. Someone fat like me. Black like me. Beautiful like me. If I could go back and tell little Lizzo something, I would be like, ‘You’re going to see that person, but bitch, it’s going to have to be you.’”

She added of her backups, “One year ago, these women were filming this television show that would change their lives forever. They are Emmy award-winning superstars who are going on a world tour! Make some noise for my Big Grrrls. I love you so much. God bless y’all. This is for the big girls.”