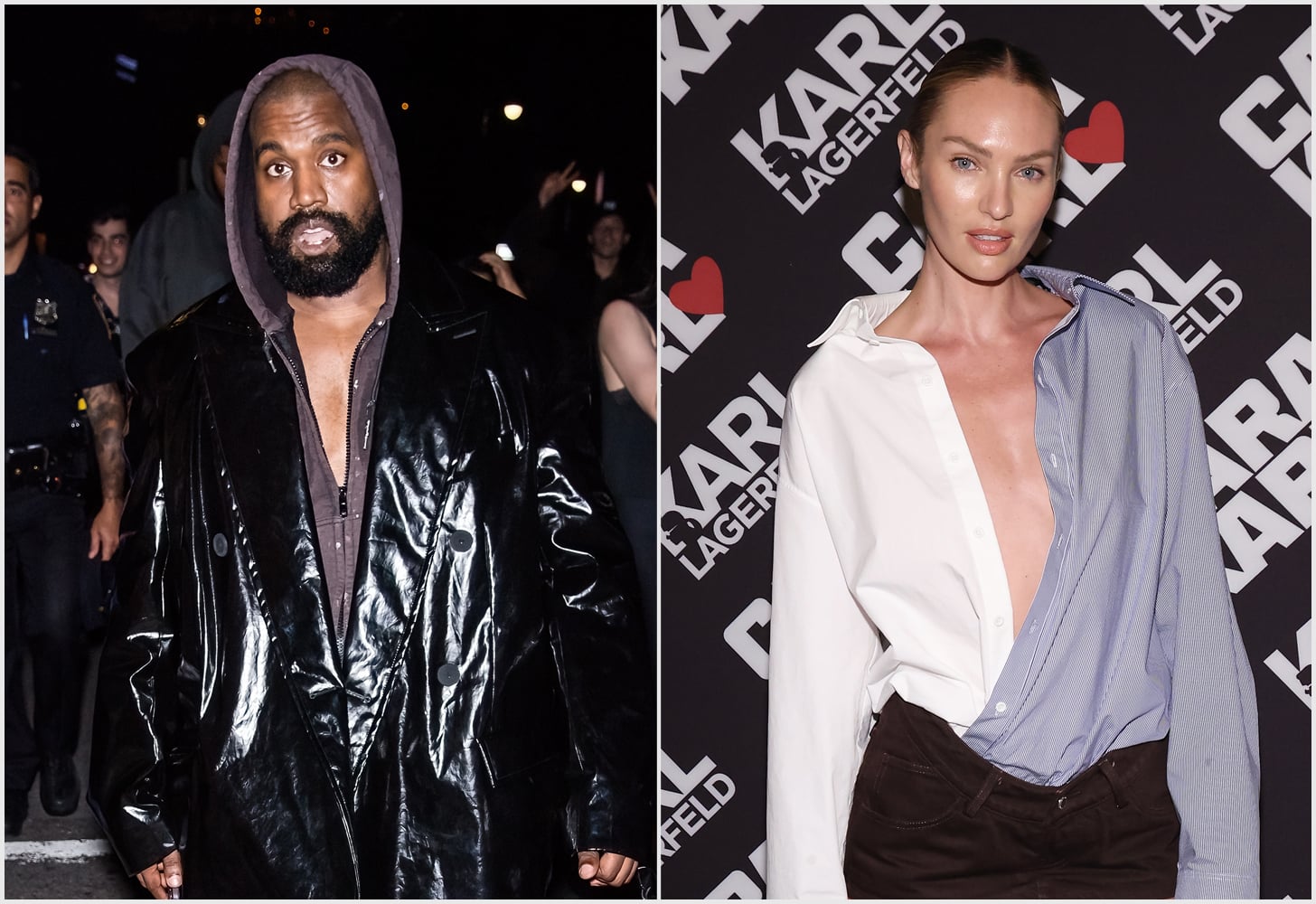 Apparently, Kanye West has a new lady in his life: supermodel Candice Swanepoel. On Sept. 16, Entertainment Tonight reported that a source told the outlet the pair “are dating and their relationship is new.” “They like each other and are happy with how things are going so far,” the insider added. “They’ve connected over fashion and creativity. Kanye is excited about Candice.”

Reps for West and Swanepoel did not immediately respond to POPSUGAR’s requests for comment, but the former recently reposted a photo of the two on his Instagram Story, where they were seen together behind what looks like blurred-out glass.

Swanepoel is also featured in the rapper/fashion designer’s photo shoot for his new YZY SHDZ campaign. “The vision for the shoot was so clear but also allowed for me to contribute my perspective on it,” Swanepoel told Vogue. “Moreover, it was exciting being a part of something I knew would instantly become iconic.” The model previously modeled in Kim Kardashian’s Skims campaign with Tyra Banks, Heidi Klum, Alessandra Ambrosio, and the “Kardashians” star herself in April.

West has been on the dating circuit since Kardashian, whom he shares his four kids — North, Saint, Chicago, and Psalm — with, got into a brief relationship with ex Pete Davidson. Most notably, he dated model/actor Julia Fox earlier this year, though they split after only two months of dating. He was also previously linked to model Chaney Jones, whom he dated for five months before their relationship “fizzled” out, a source told Us Weekly in June.

Meanwhile, Swanepoel was in a relationship with ex-fiancé Hermann Nicoli for 10 years before the pair got engaged in 2015. However, the model called off their engagement and confirmed their split on social media mid-2019, per Elle Australia. The former pair share two sons together, Anacã and Ariel. Swanepoel previously sparked dating rumors with actor Andrés Velencoso after the two were spotted out on a romantic stroll in Paris in March, E! News reported.