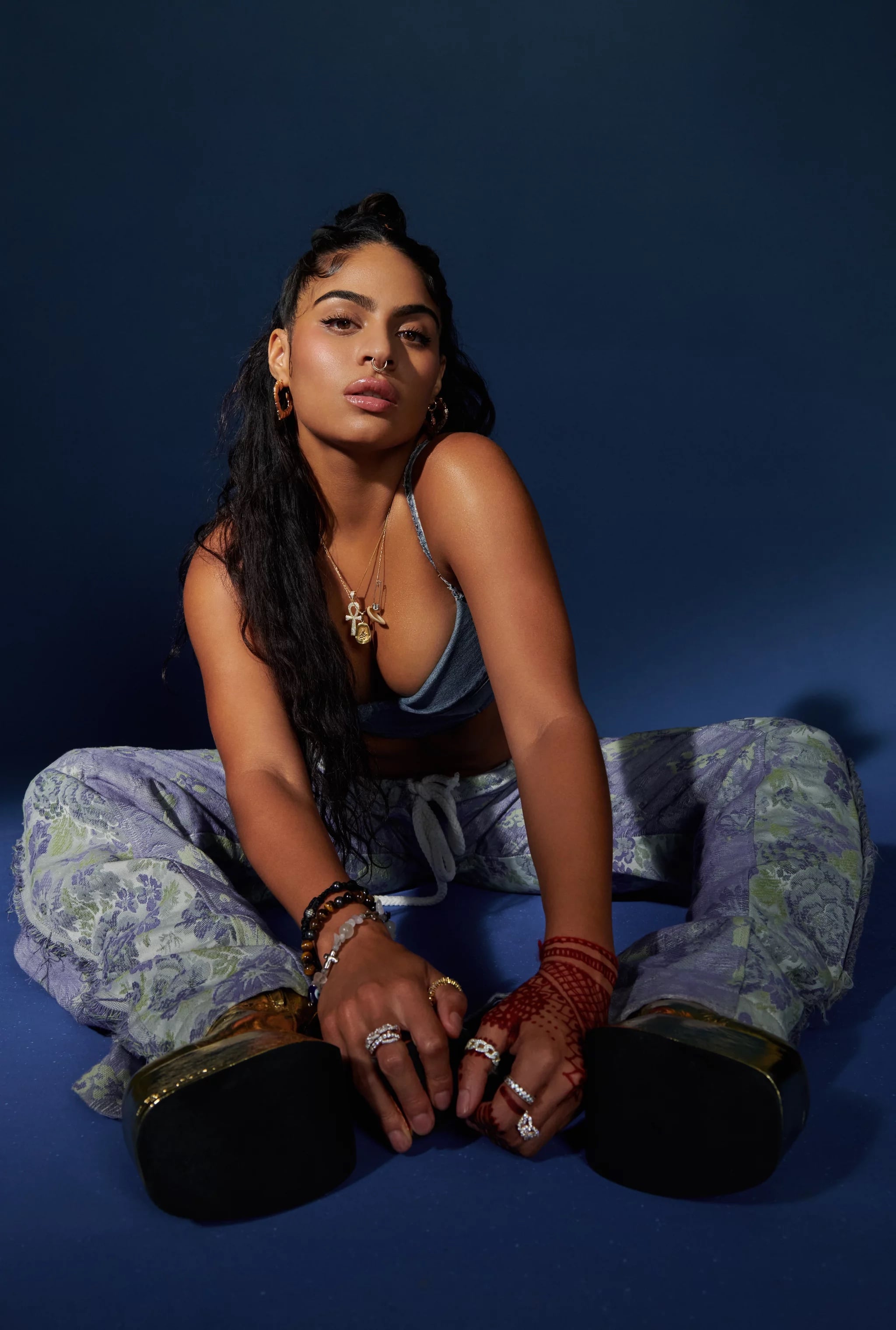 “If you died tomorrow, I don’t think I’d cry, I gave you one too many nights” sings Jessie Reyez in “Mutual Friends,” a single off of her new album “Yessie,” released on September 16. Brimmed with much of the gritty and raw R&B and soul sounds Reyez is known for, the 11-track album is her second studio album and fourth project. In “Yessie,” the Grammy-nominated performer mesmerizes with her unique, raspy voice while offering fresh sounds, hopeful lyrics, and dance vibes.

“I’m always just talking about my life and what I go through, but I’m definitely in a different space.”

These expressions of joy amid heart-wrenching tracks reflect the journey Reyez has undertaken in her own personal life. “I’m always just talking about my life and what I go through, but I’m definitely in a different space,” Reyez says in an interview with POPSUGAR, “I’ve just wanted to grow, you know? And heal. So I’ve been making more of an effort to heal myself and to make my mental and physical health a priority.” The album is a musical journey that begins with the down-to-earth manifesto “Mood” where Reyez declares, “I learned to love the rain, it’s all the same, still got a smile on my face,” before diving into emotional tracks with the kind of sincere lyrics that feel like too-much-too-real confessionals (“I like every flaw I see, this is all new” she sings in “Forever” ft. 6lack). “Queen St W” has a catchy tune with bold lyrics that celebrate the singer while leaning in on the “tóxica” (toxic) vibes. In it, she sings, “the b***hes you want, want me” while telling her past lover that he made a monster.

When asked if she identifies as “la tóxica” —a sort of online quip among Latinx millennials and Gen Zers where they poke fun at toxic love traits (i.e. jealousy)— she says she once did identify with it but she’s changed. “It’s good to have a little bit of toxic in there too,” she says, nonetheless, “Because I don’t think you should keep picking a scab that you’re trying to simultaneously heal.” Reyez is a Colombian-Canadian artist who’s constantly showing pride for her city of Toronto, whether that be collaborating with its other stars like Daniel Caesar or celebrating what she called the city’s “renaissance in music.” And in this album, she also exalts her Colombian roots with a prominent sample of “Los caminos de la vida” (“the walks of life”) by the band Los Diablitos in “Mood”—the album’s first track. The original is a vallenato classic of Colombian music that’s popular across Latin America, where the group sings “the walks of life are not what I thought.” Reyez had to pull some strings when clearing the sample. Just a day before she had to turn in the album to FMLY/Island Records, she finally decided to call up her friend, Colombian music artist giant Carlos Vives, for help. She shares how he moved mountains to make it happen.

The second half of the album includes the single “Mutual Friends” and the dance-pop “Tito’s” where she sings in Spanglish. In “Only One,” the latest single off “Yessie,” Reyez sings over a melodic funky beat, inviting love into her life: “I don’t want someone who’s for everybody, I just wanna be your only one.” The track produced by Grammy-nominated producer Rykeyz (he’s produced for the likes of Demi Lovato, H.E.R.), is the kind of song that can capture the radio waves.

And Reyez is poised for a takeover. With her sound, Reyez has already captivated the music industry and attracted millions of followers, getting huge props from the likes of Eminem, who featured her not once but twice in his 2018 album, “Kamikaze.” She also got the Beyoncé cosign with a feature on “Black is King,” perfectly expressing a villain’s essence in “Scar.” In 2020, when she was set to tour with Billie Eilish, everything had to come to a halt because of COVID-19. Yet another sort of alignment happened in her career with the release of her first studio album “Before Love Came to Kill Us,” one that had a focus on grief in a time when the world was in deep mourning.

This new album feels like her artistic rise from those ashes. Right as the world is also still making sense of the past two years, Reyez remains true to the relationship and betrayal tracks that are beloved by her fans. Towards the end of the album, in the punk-fused “Break Me Down,” her powerful voice shines as she sings, “Wasn’t healthy but damn it was fun, I’m done wasting time being broken-hearted when you’re all I wanted.”

For Reyez, showing this transition back into matters of love and romance was pivotal, even as she’s focused on self-love. “You can’t self-love too close to the sun because then you end up becoming too self-sufficient and you forget that ‘oh wait’, for partnerships or for relationships with family or friends, you still have to be conscious,” she explains, adding that she stays grounded in family, meditation and prayer. “The key is to find balance, so right now I’m finding balance with the album. This kind of spiral journey, you know, right now I’m personally [there].”

“The process didn’t change because it’s me talking about my life,” she says, “But I think I changed, like I’m making more of an effort to give the grace that I would constantly give other people to myself for once.”

“Yessie” is certainly a reflection of this duality with the lyrics and sonically too. Reyez’s sound is evolving with pop singles that are reaching for stardom, yet she’s very much still planted on the earth, and in her truth. “The process didn’t change because it’s me talking about my life,” she says, “But I think I changed, like I’m making more of an effort to give the grace that I would constantly give other people to myself for once.”