Hillary Clinton on Why She Admires Kim Kardashian (Exclusive) 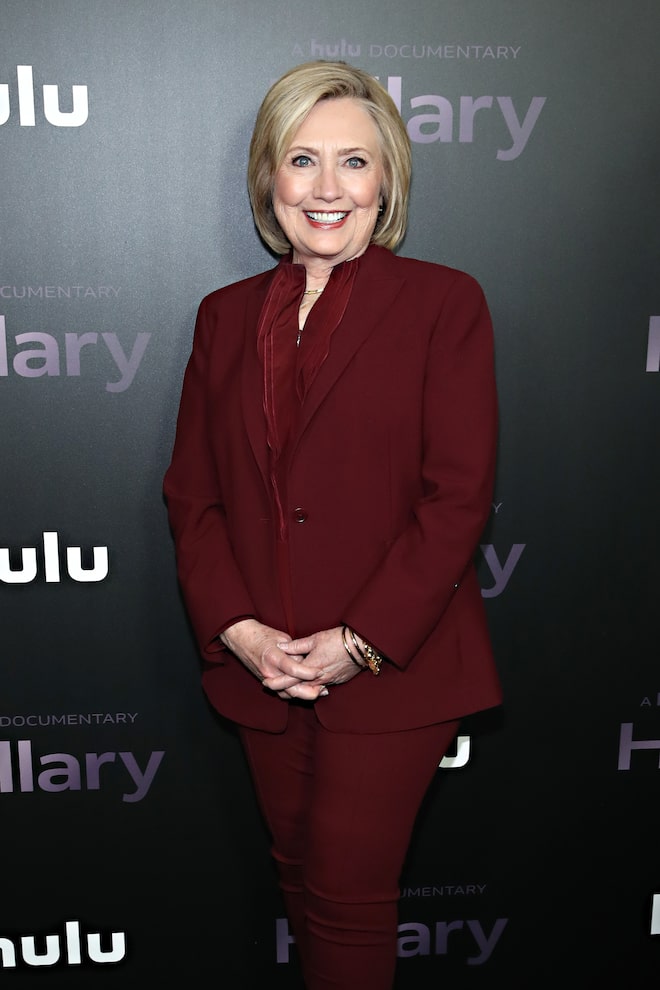 Former First Lady and Secretary of State Hillary Clinton is getting “Gutsy” with daughter Chelsea Clinton in their powerful new AppleTV+ series.

The women are turning the spotlight on other gutsy women to share their stories, including Kim Kardashian, who faced off with Hillary in a legal quiz!

“Extra’s” Melvin Robert caught up with Hillary and Chelsea, and asked about having Kim on the show.

Hillary said, “I really admire her determination to get her law degree so that she can do more to help people who are unfairly treated in the criminal justice system.”

Kim is working to become a lawyer and just passed the baby bar exam. Melvin brought up how the reality star took on Hillary in that legal quiz, asking, “Is she really that good?”

Hillary said, “She may have failed a couple of times before, but she didn’t quit, she kept going, and she had taken the bar a lot later than I had. I haven’t taken a bar in a very long time, and she knew the answers to some of those questions and I no longer did.”

The 74-year-old wasn’t afraid to take a chance on learning new things too!

She shared, “I had to learn how to tango with Goldie Hawn, Kate Hudson, and my daughter, all of whom are excellent dancers. It was way outside my comfort zone, I’ll tell you that.”

The show also reveals Chelsea had a dislike for comedians in the past, but she told Melvin, “Thankfully, though, it was a real revelation for me when we went to the comedy show with all women… to realize it’s all not all mean-spirited. In fact, the best isn’t mean-spirited.”

Melvin asked what inspired them to take their bestseller “The Book of Gutsy Women” to the screen.

Hillary said, “We love talking about women who inspire us… and then when people said, ‘Hey, let’s make a series out of it,’ we got excited.”

Robert brought up how Serena and Venus Williams were featured in the book and he would love to see them in the show, too.

Hillary said, “We would love that… Although I gotta tell you, if Serena and Venus said what they want to do is hit with me, I’m really going to have to work.”

“Gutsy” is streaming on AppleTV+ now.