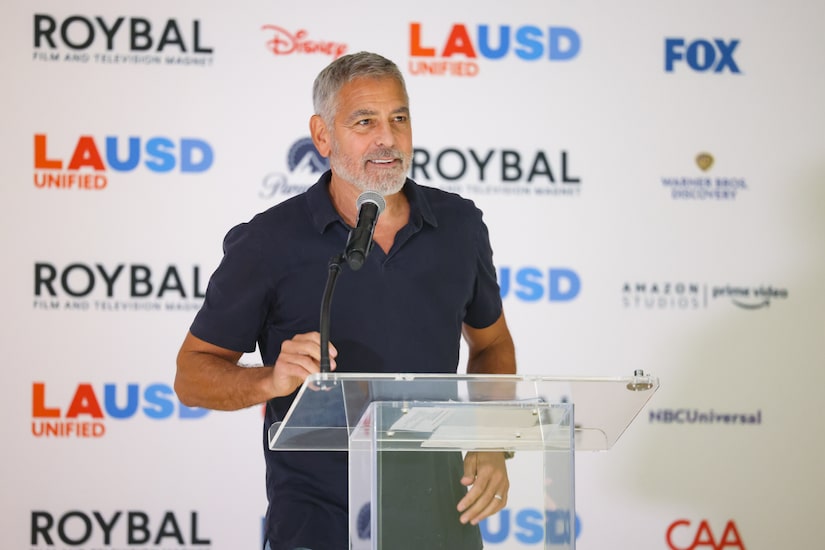 On Wednesday, George Clooney was joined by Los Angeles Unified Superintendent Alberto M. Carvalho and other entertainment industry and education leaders to celebrate the opening of the Roybal Film and Television Magnet.

“Extra’s” Rachel Lindsay spoke with George after he joked about Batman onstage. When asked if he thinks the next Batman was in the audience, he answered, “Ya better be.”

He smiled, adding, “You mean, I am not getting the job…?”

George played the Cape Crusader in the 1997 film “Batman & Robin.”

Referring to himself, George laughed, “I’m telling ya, let me just tell ya, Old Man!”

The specialized academy created to drive transformational change across the entertainment industry for students from underserved communities was spearheaded by Clooney himself.  Of how the project came to fruition, Clooney explained “It started with the idea when you are trying to staff up, you’re looking around and the pool is pretty small. When you looked into diversity, which is ridiculous, a lot of it is because the young people don’t know that these jobs exist, they don’t know about a visual effects supervisor, which pays a lot of money.”

He went on, “I said, ‘Los Angeles is the center of show business so how are we failing, why are we failing, why don’t we have a school?’ so I called up [talent agent] Bryan Lourd. We started having conversations about how we could do it… Then it came about. It’s happened quick, you know? You catch a tiger, then what are you going to do with it…? It’s been really exciting.”

Discussing the magnet school, George added, “They have great teachers here. What they haven’t had is an exposure to a part of the industry that literally has 65,000 jobs that they don’t know about. We need to do better — it’s opportunity.”

Clooney remembered his one of his own teachers who made an impact on him! He said, “I was in a tiny town in Kentucky… The school was poor, everybody was poor, I had a teacher named Paul Gozmo, he was a math teacher — he came in from New Jersey or something. We couldn’t understand what he said, but he was really excited and fun and he changed my outlook on a lot of things.”