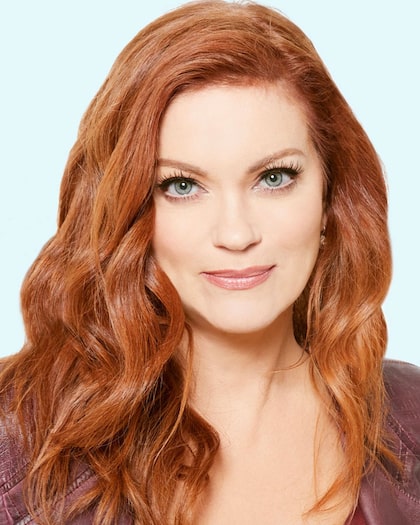 Davis gained notoriety as the “Nash-Wood” connection, splitting her time between her hometown of Nashville, hosting CMT’s “Hot 20 Countdown” and “#1 Music & a Movie,” simultaneously covering everything Hollywood in Los Angeles on “Extra.”

For years, celebrities have beelined to their favorite redhead on the red carpet at award shows like the CMA Awards, ACM Awards, CMT Awards, the Grammys, the Golden Globes, the Emmys, the MTV Awards, the Billboard Music Awards, and more.

She was the host of TLC’s hit wedding series “For Better or For Worse.”

Alecia credits her country roots at CMT with launching her hosting career in 2000 on the popular show “Hit Trip.”